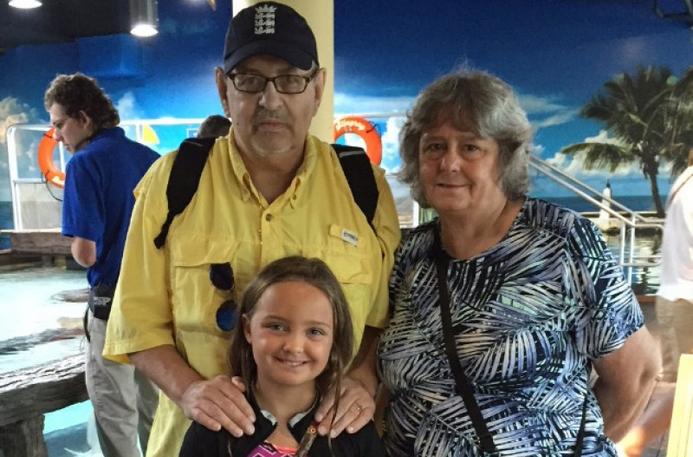 This is a page to support David Arnold and his upcoming kidney transplant.  David was diagnosed with Renal Carcinoma in 2004.  Over the last ten years, two tumors on each kidney were discovered.  Cryoablation was performed on all four tumors.  While this treated the cancer, it also caused irreversible damage to both kidneys.  David was diagnosed with end-stage renal failure in 2015.  Through the Grace of God, a kidney donor was recently identified.  This page is designed to help provide financial support the Arnold family in order to assist with food, medical bills, and logistical support for David and Kathy.

Besides his love for his wife, children, and grandchild, David has a love for youth soccer.  The full breadth of his contributions to youth soccer in the Upstate is immeasurable.  He has served as Vice President of South Carolina Youth Soccer, as well as a board member and coach for St. Giles United Soccer Club.  David was also the founder of the Team United Soccer Club and the Upstate Girls Soccer Association.  He is the only youth soccer coach in South Carolina to ever win three U19 state championships.

In addition to David's impact on the soccer community, he was a board member for both the Metro YMCA and Eastside YMCA.  David is the founding member of the Upstate Parrotheads Club.  After moving to South Carolina, he worked his way up to Vice President for Sales at Maxim Metals.

In consideration for all that David has done for others, and especially the thousands of children, whose lives he's touched, now, we in turn can help him by the giving of a donation.  Typical organ transplants requires thousands of dollars of out-of-pocket expenses for the recipient (often setting them back financially for years).  Please consider donating to the GoFundMe page, and help give back to a man who has given so much.